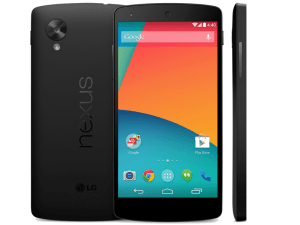 I too couldn’t resist buying the Google Nexus when it was released on 1 November.

After waiting almost 3 weeks, it finally arrived at work on Wednesday 20 November. Needless to say, I was very excited! Overall, I’m really happy with the phone. It is very responsive as expected.

At first, I did have some trouble with the Wi-Fi constantly disconnecting even though it shows the status still say it is connected, but no data is sent or received. I was able to solve that by forgetting the network and reconnecting.

Another problem that people were complaining about the battery. I too had this problem, and the phone doesn’t last even a day on medium use. When I started investigating, I found that the app Move was using about 50% of the battery. After uninstalling it, the battery problem is no longer as big an issue. I was able to get through a day with medium use without a problem.

Many other people complained about the camera as well. I found it to be a lot better than my previous phones. It does lag a little though. Today, I’ve finally received the 4.4.2 update, which is suppose to speed up the camera a little – hopefully this will solve that as well.

Lastly, the speaker on the phone is a little on the soft side. Some say it is a hardware issue, others software. But it is not a deal breaker for me, I don’t listen to music through the speaker much anyway, and I don’t mind missing a call or notification now and then – in fact, it is a good excuse hahaa:)